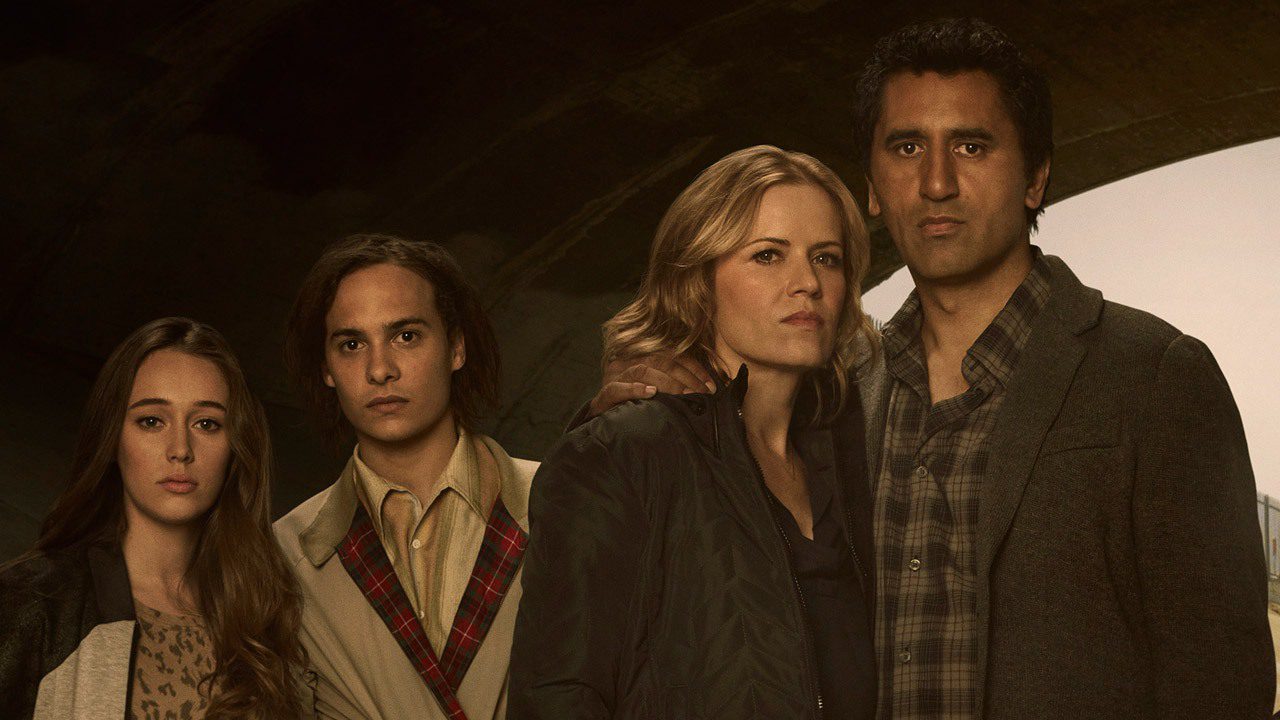 The sixth season of Fear the Walking Dead, an American horror-drama television series, premiered on October 11, 2020[1] on AMC, and will consist of 16 episodes[2] divided into 2 parts of 7 and 9 episodes each. The series is a spin-off of The Walking Dead which, in turn, is based on the comic book of the same name by Robert Kirkman, Tony Moore and Charlie Adlard. Executive producers are Kirkman, David Alpert, Greg Nicotero, Gale Anne Hurd, Scott M. Gimple, Andrew Chambliss and Ian B. Goldberg, with Chambliss and Goldberg serving as showrunners for the third consecutive season.

June digs a grave for her late husband and demands Virginia tell her why Dakota killed him but she refuses. At night Virginia interrogates Daniel, Sarah, Wes, Grace and Luciana to find out Morgan’s location, however, he appears and reveals to Virginia’s men how she covered up Dakota’s crimes, which causes the Pioneers to revolt against Virginia and start a gunfight. Morgan saves Virginia and escapes with her, taking her to his new community where he is reunited with Dakota, who is imprisoned for killing John. Virginia reveals to Dakota that she is her mother, however Dakota rejects her and tells her that she hates her. Strand and Sherry’s group arrive at the community and demand justice. Virginia accepts her fate on the condition that Morgan be the one to execute her, but Morgan refuses and imprisons her, soon after Morgan manages to calm Strand and Sherry so that they do not kill her. June enters Virginia’s cell and blames her for her husband’s death, so she shoots her in the head, killing her instantly, moments later June walks out of the community before the astonished gaze of Morgan and the whole group.