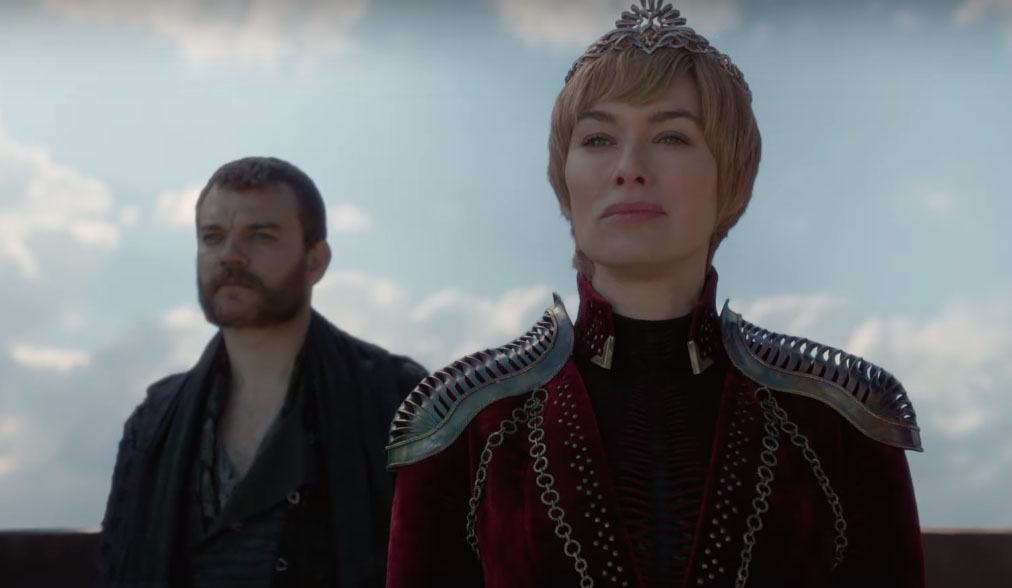 In this video of less than a minute, we can see a map of Westeros full of figures representing the different houses, this while the ice begins to envelop the north side and the fire unravels through the south. Finally both elements meet in the middle of the map, in what is a clash between two great forces of nature.

In view of this, some of the actors have been satisfied and impressed after reading the script and knowing how the series will end, which in their words is a worthy tribute to one of the most important stories of television.

We start with the episodes longer than an hour and a quarter. Get your popcorn ready because this is already a real movie. This third chapter has started with a tracking shot that goes through the troubled faces of several of the protagonists. You can feel the fear, the cold and the silence before the battle against the white walkers in this episode that has been directed by Miguel Sapochnik, director of other series such as ‘True Detective’, ‘Altered Carbon’ or ‘Fringe’.

As we expected, the action has begun. More than a battle has been a fight against an avalanche of zombies to ‘World War Z’ that then has become a chaos covered in snow and fog. In this confusion of death, fire and ice, characters like Arya, Jamie, Jon, Daenerys, Jorah, Brienne, The Hound, Sam, Grey Worm, Bran, Theon, Sansa, Tyrion… have had their moments.

The big downside of this episode has been, for lack of something more epic, the great prevailing darkness. Of course it was a night battle but it was not entirely well shot. The viewer had to squint too much to get a glimpse of what was happening on the screen because the images were too dark. Especially in the zenithal shots and in those shots at the foot of the field in the exteriors of Winterfell is where it was more difficult to see what was happening. I don’t doubt that the intention was to convey confusion, but if you do it for so many shots the view suffers.

Also weeks before the premiere, HBO unveiled a poster that, under the slogan “The Great War has passed this way” outraged many fans, who commented on social networks about the possible ‘spoiler’ it could contain. In the image of the poster, several of the key characters of the series (Jon Snow, Arya, Brianda, etc) are seen dead and frozen in the snow.

Last November 5 we could see the first official image of season 8, which has given exclusively to ‘Entertainment Weekly’. In the photo, which they shared on Instagram, we can read: “The first official photo of the final season of #JuegogodeTronos is here! How do you end the greatest series on TV? Blood, sweat and lots of tears. All the behind-the-scenes details from our on-set featurette. Click bio for a preview and get a copy on newsstands starting 2/11. #GoT : Helen Sloan/HBO

The development of the series dates back to 2006, when Benioff and Weiss had a meeting with Martin to discuss ideas around a television adaptation of his literary material.[2][3] While the scripts for the pilot episode, “Winter is Coming”, were finalized in 2008,[4][5] filming took place in 2010 under the direction of Tim Van Patten. [6] Over eight seasons and more than sixty episodes, Game of Thrones covers the plot of Martin’s first five novels with some modifications[7] and the addition of unpublished material from the author’s description of the future events of his literary universe. 8] It is one of the most expensive series in the history of television,[9] whose filming involved up to four filming units in parallel[10] and the production of visual effects required the simultaneous participation of up to fourteen studios in different countries.[11] The series is one of the most expensive in the history of television.

[George R. R. R.] Martin has created a fantasy world that fits perfectly with today’s destabilized and increasingly non-Western planetary order. And seemingly without knowing it, he has appealed to the masses a rather obscure sub-discipline in academic history: the early modern world. -Benjamin Breen, editor of Pacific Standard magazine[35].