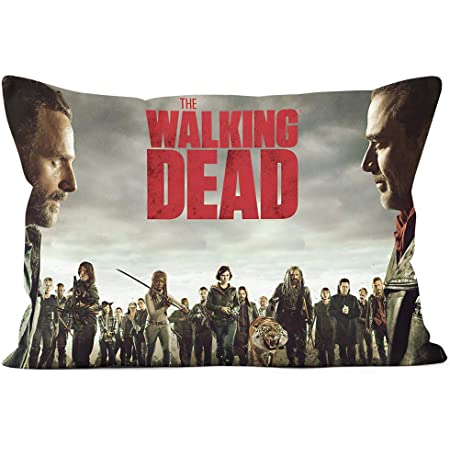 At the end of last season, Teddy (John Glover) brought us his vision of “The End” when he set off nuclear warheads across the Texas landscape. In the new season, it will be up to the survivors to decide what “The Beginning” will look like, and they will have to do so in a world without light or hope, where the air is as lethal as the walkers they face. The survivors will discover who they really are and what they are made of. Some will rise to the occasion, some will find new purpose and others will redefine themselves, even if it’s to the detriment of those they once considered family.

Due to the indefinite time jump between the end of season three and the beginning of season four, this line will adopt a speculative span of six months (182 days) to fill the aforementioned period, placing the events of 30 Days Without An Accident on day 488 (early April) and the events of A on days 502 and 503.

Taking into account the flashbacks and flashfowards that occur intermittently in the sixth season premiere, this timeline will adopt a speculative span of two weeks (14 days) to accommodate the events after day 553. Given the jump that occurs between episodes 9 and 10 of this season, this line will advance eight weeks (56 days, approximately two months[5]) from day 570 (which we will place in mid-June), positioning the events of The Next World on day 627 (mid-August).

The Walking Dead shows us the world at the beginning of a worldwide zombie apocalypse, starting a fight between the walkers and the humans who have survived, led by Sheriff Rick Grimes who wakes up from a coma to discover the new zombie world.

The series is based on The Walking Dead comics, which are a series of comics written by Robert Kirkman, who tells the adventures of a group of people trying to survive a zombie apocalypse in the state of Georgia.

I have seen zombie movies and series, but, The Walking Dead is amazing, the zombies are more real and each episode has a different plot. The series that had everything to be the best series on TV, but ended up in a repetitive cycle of confrontations, recovery and peace. They dragged the series out too long and the plot got lost. It is the best series, I love how the characters know how to differentiate personal relationships with the survival of that world full of walkers. I am fascinated by this series, with that touch of mystery, cruelty, blood, action, even love.